I started my career at CSC in 2011 as a summer intern. I wrote my master's thesis for CSC. My topic focused on OpenNebula cloud services that were used for biomedical applications back then. After I graduated, I was among the first to work on OpenStack cloud services (now cPouta and ePouta). Over the years, I've worked in a number of cloud-oriented development tasks – for example in automation, architectural tasks and as a scrum master.

At the beginning of 2017, I began working on a next-generation cloud service based on Kubernetes. The service has since been named Rahti. Rahti has been designed for the use of open science and education of Finnish universities and universities of applied sciences.

Kubernetes is a cloud suite that utilises a container orchestration system, and its popularity has increased rapidly in recent years. In many cases, it makes the running and management of web apps much easier than it was before. Many well-known services run at least partially on Kubernetes − The New York Times, Pokémon Go, Spotify and GitHub, to name a few.

Currently, I work as the lead developer of the Rahti platform. I work in close collaboration with a team of around five people in our own team room, and we plan all of our work activities together.

The use of the Rahti platform is set to grow considerably in the future. Our goal is to create an even more expansive platform that can accommodate more simultaneous users. An integral part of our work has been the development of newer and better work methods, for example the promotion of automation and the tools and practices used in systems development.

I applied to CSC because I wanted to create cloud environments, which were a novel thing at the time. Here, I can work on current and modern issues and I have the opportunity to influence my work and the services that we create for our customers, as well as how we can achieve them. I am highly motivated by my work. It's rare in Finland to get to work on systems that are as large as the ones at CSC.

Every person at CSC has the opportunity to develop their own skills, if they wish to do so. It's up to the employee how much and which new technologies and tools they want to learn. Everyone has an equal oportunity to travel and participate in for example conferences, collaborative projects and project meetings. 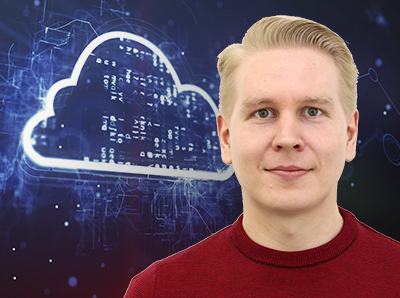